Board of Directors
11 Positions Authorized in By-Laws (Voting Members) 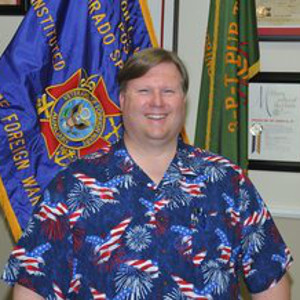 Brian is a Cold War U.S. Army Veteran and, since 2003, the Realtor / Broker Owner of Infinite Horizons Realty (BrianWess.com) as well as the Founder/Organizer of the Annual Defenders of Freedom: Veterans Recognition Ride (VeteransRide.com) that since 2008 has generated over $100,000 dollars for Pikes Peak Region fallen, severely wounded and at risk Military Veterans and their families. Brian served as a Tank Crewman and Border Operations Controller in the storied 1st Squadron, 1st Cavalry along the Inner German Iron Curtain Border with the Warsaw Pact/Soviet Union Countries during the Cold War in Europe during the 1980’s. Since moving back to Colorado Springs in the mid 1990’s, after leaving the Army and University, Brian has been a prolific community volunteer having served on numerous City & County appointed Boards & Commissions as well as with the American Legion / Sons of the American Legion, his own Annual Charity Ride and since 2008 with the Annual Stand Down for Homeless Veterans having served as an El Paso County Homeless Veterans Coalition Board member since 2015. 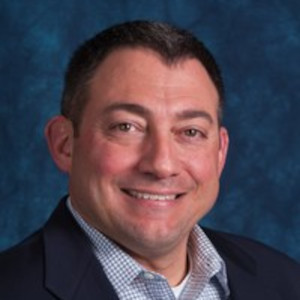 Nick retired from the U. S. Army after 22 years of service. Following his Army service, he transitioned into the private sector as a contractor assisting in the training of the UAE military. He then worked as a Transition Assistance Specialist in the Soldier for Life Transition Assistance Program. Next he worked for the non-profit organization Mt. Carmel Veterans Service Organization. After reaching his mid-life crisis, he took a sabbatical and hiked the 500 mile long Colorado Trail with his Son. His wife of 29 years met him at the trailhead and told him to get back to work, so he became a licensed insurance broker and joined the Medicare Mentors team because his passion continues to be serving and assisting the Veterans and their Families. Nick is active with the community and continues to hike the trails in Colorado. 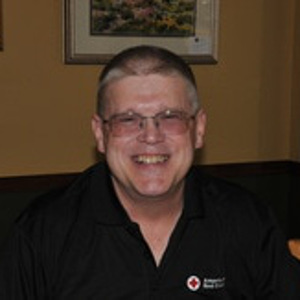 From November 2011 until October 2014 Chaplain (Colonel) USA Retired James Griffith worked for the Pikes Peak Chapter of the American Red Cross as their Service to the Armed Forces Outreach Coordinator for the US Air Force Academy, Peterson and Schriever Air Forces Bases, the Cheyenne Mountain Air Force Station, and for the 70% of Fort Carson military families that live off post. 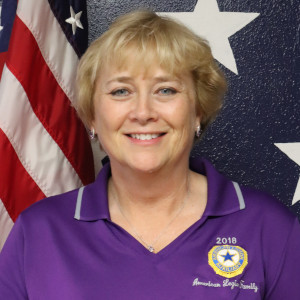 Kellie is a retired Senior Pharmacy Technician that now spends all her free time working for the veterans in the community through the EPCHVC and The American Legion Post 209 Riders and Auxiliary. She joined the EPCHVC in 2021 and is enjoying helping out the local veterans in our area.

The military has been a part of her life for almost 35 years when she married her husband Steve while he was active duty in the Navy. They have lived in Washington State, Nebraska, Rhode Island, Yokosuka Japan and finally settling down in Colorado Springs. 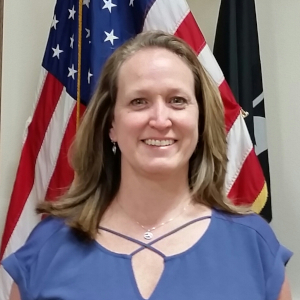 Carrie Wolf is the Regional Chair to Sodexo’s employee business resource group Honoring Our Nation’s finest with Opportunity and Respect (HONOR). The mission of the Military Resource Group HONOR is to provide support, guidance and resources to employees and families connected to the military by establishing partnerships with community groups that support veterans, active duty, National Guard and military reserve. Sodexo has provided meals along with employment services at Stand Down events in multiple cities across the United States.

Carrie grew up in a military family whose father, grandfather, and grandmother served in the Marine Corps.

John spent over 22 years in the Army as a Signal Corps Officer. Was stationed at various posts in the United States and overseas, including Ft Hood, TX, Ft Ritchie. MD, Ft Gordon, GA., two tours in Germany, and two in Korea including one as the Battalion Commander of the 307th Signal Battalion. He received a Master’s Degree in Electrical Engineering from the Naval Postgraduate School in Monterey, CA. After retiring in 1995 as a Lieutenant Colonel, he moved to Monument, CO where he worked for several defense contractors primarily in support of the U.S. Army Space and Missile Defense Command as a program manager. John has been Treasurer of the El Paso County Homeless Veteran’s Coalition since 2012. 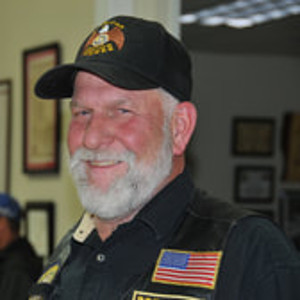 Andrew Gilbert, TSgt USAF (Ret) has served on the EPCHVC Board of Directors since 2015 and is the Founding Past President of American Legion Riders Neil Thomas, Jr Centennial Post 209. During his tenure he’s worked with the American Legion, VFW & Vets for Vets organizations who raise funds to assist Pikes Peak Region Veteran families and the El Paso County Homeless Veterans Coalition. During the Coalitions Annual Stand Down his role has been as Director of Security, facilitating & coordinating volunteer staff to ensure a safe, smooth event & transition of attendees from one station to another. Bikers from Vets for Vets, American Legion, VFW and other volunteers work diligently to make the event a total success. Andrew grew up in a military family whose father and grandfather served in the U.S. Army and U.S. Army Air Corps. 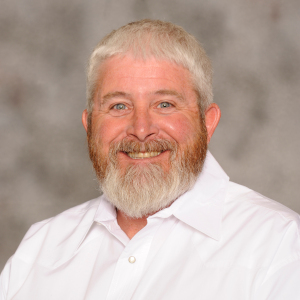 A retired Sergeant First Class from the U.S. Army, Mark is originally from Dexter, Missouri and resided there until his enlistment into the Army. Upon graduation from high school, he joined the Army as a Motor Transport Operator. After 20 years of service, he retired out of the Nashville US Army Recruiting Battalion and has settled in Colorado Springs. When he is not at work he enjoys volunteering with The Veterans for Veterans Non-Profit organization and the El Paso County Homeless Veterans Coalition. Mark has two daughters and a son. He enjoys helping and giving back to Veterans and their families. 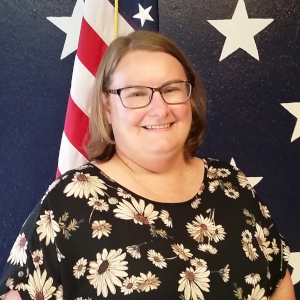 Kelly has been assisting El Paso County Veterans for the last 3 years. She has been with the Mt. Carmel Family since November 2021 as the Client Care Coordinator. She has worked in the social services field with military, Veterans, and their families for 17 years. She is ecstatic to have more involvement in the El Paso County Homeless Veteran Coalition and help take them to the next level while continuing to support our veterans in becoming the best versions of themselves. As a proud Air Force Veteran spouse of 18 years, Kelly is a strong advocate for the military community. 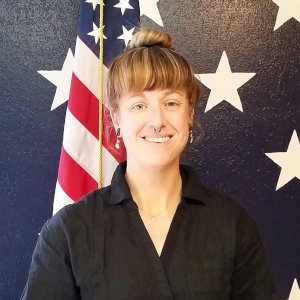 Amber has joined the team at Mt. Carmel Veteran Service Center in May 2022 as an intern/work study. She holds Associate of Applied Science in Human Resource Management, a Bachelor’s Degree in Psychology, and is currently pursuing her Masters of Social Work degree. Amber has recently completed her summer internship/practicum with Mt. Carmel’s Military Veteran and Family Services (MVFS) Department and will be completing her non-clinical fall internship/practicum with Mt. Carmel’s MVFS department and her clinical hours with Mt. Carmel’s Health and Wellness team. She is ecstatic to have more involvement with MVFS continuing to support our military members, veterans, and their families as they transition from crisis to stability. As a proud USAF veteran and Golds Star Spouse, Amber is a strong advocate for our military community. Amber is also an active Colorado Springs Team RWB member, a wear blue run to remember Gold Star Athlete, and a TAPS Peer Mentor. 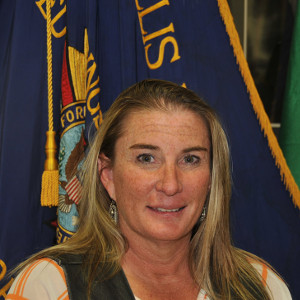 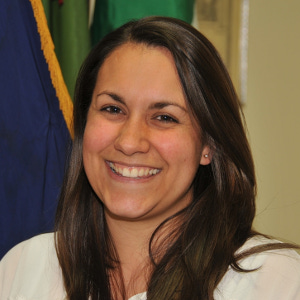 Amber is an active duty military spouse with detailed knowledge of veteran specific organizations in our local community that assist our warriors of any era. As the Gera list Navigator with Mt. Carmel Veteran Service Center, Amber not only builds relationships with our community partners, but also understands the struggles of active duty, veterans and their families. Amber conducts non-clinical case management of various challenges, and partners with both the client and community partners to find a resolution. Educationally, Amber holds a Master’s in Health Administration from Colorado State University and a Bachelor of Art in Sociology from Ashford University. 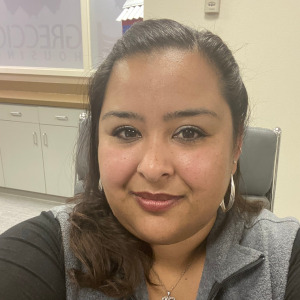 Kassandra Haynesworth is the Leasing Manager with Greccio Housing. She has played an active roll in placing the VA Homeless population into housing in Colorado Springs. Kassandra has a strong military presence in her immediate family life. Her Grandfather, Uncle, Brother, and Husband are all Veterans who served our country. The pride they showed in serving gives her the same sense of pride when helping out other veterans 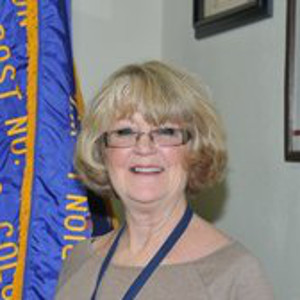 Shirleen Blue-Murrell, is a Veteran Support Specialist for Rocky Mountain Human Services; providing services to homeless veterans. Grew up in a military family; parents were both military. Was married to a Vietnam veteran, and has 3 sons and 8 grandchildren all of which live in other states. Attended Suomi Community College, in Hancock, Michigan for Criminology and Accounting. Presently on the CHAP task team for Homelessness and Housing. 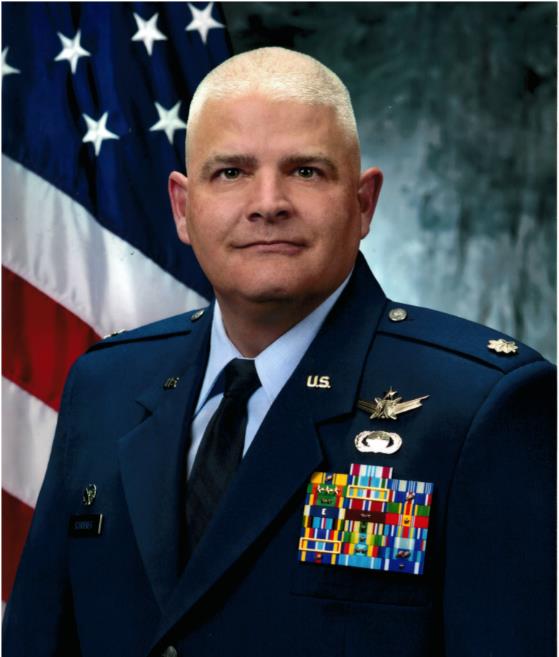 Lt. Col. Michael K. Schriever is the 2nd Space Operations Squadron commander, Schriever Air Force Base, Colo. He is responsible for the command and control mission for the GPS satellite constellation. The 2nd SOPS operates and maintains the world’s premiere space-based position, navigation and timing system, which is the largest Department of Defense spacecraft constellation.

Schriever has 27 years of military service with 12 years enlisted as a Navy nuclear operator. He has served in multiple Air Force acquisition, operations and command and control organizations. Prior to taking command, he was the 2nd SOPS director of operations leading the squadron through significant modernization to on-ramp the next generation GPS era and codify the GPS Warfighter Collaboration Cell serving a joint and coalition warfighter, interagency, civilian and commercial global user community. Before 2nd SOPS, Schriever served in a variety of leadership roles at U.S. Strategic Command, the Congressional Space Corp task force, Headquarters Weapons and Tactics and the National Reconnaissance Office. 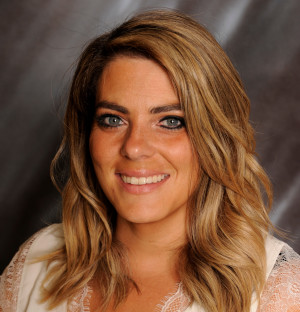 Katie has been assisting EPCHVC since early 2018. She has been with the Mt. Carmel Family since January 2017. She recently completed her Bachelors of Social Work and is currently working towards her MSW. After working as a case manager with the VFR team for three years, Katie has now taken on the role as Director of Veteran and Family Resources at Mt. Carmel and moved up from the advisory board with EPCHVC. She is ecstatic to have more involvement in both programs and help take them to the next level while continuing to support our veterans in becoming the best versions of themselves. As a proud Army Brat of 27 years, Katie is a strong advocate for the military community. Although she spent her childhood traveling the greater Army bases, she has lived in Colorado for 17 years now and intends to call it home for quite some time.